How Do You Stack Up Against The Army’s Best?

Think you’re combat ready? This reloaded ammo Orange County distributor is about to put you to the test. Let’s see if you match up to the country’s best and brightest.

The steady advancement of the US military and investments by the government provide our troops with the most optimal training environments possible. The Army’s physical training test has undergone several advancements over the last few decades. Because of this, our soldiers stand as much more than a man with a gun and ammunition. 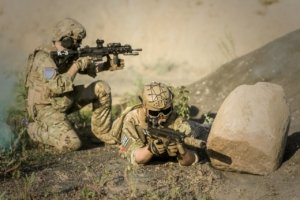 The 40-yard crawl is a rigorous test of endurance and technique. When personnel takes this test, they assume a prone stance at the starting line. Measuring the time from the starting signal to the time it takes for one’s hand to touch the finish line.

This event tests one’s strength and balance. Personnel carry a man of equal weight as far as possible in an allotted amount of time.

Aptly named, the 1 mile run tests one’s endurance. The competitors attempt to run a mile in the shortest amount of time possible.

LAX OC is a reloaded ammo Orange County distributor dedicated to providing customers with the highest quality reloaded ammunition in Southern California. LAX OC is firm in its stance to never sacrifice quality for quantity, ever. As such, they are proud to provide its customers with gear and gun news.  To stay up to date with LAX OC’s latest promotions, follow them on Facebook, Instagram, and Twitter.